Incompatibility on drawing a line

Hello guys, I'm having a trouble. I'm creating a simple drawing app for children. When I test it on godot, the line is drawn right after the cursor, but when I export the apk, the line is drawn with a huge space between it and the cursor. This happens both on the android emulator and on my phone. As you can see in the image, the cursor is very far from where the line is being drawn. Can anyone help me? 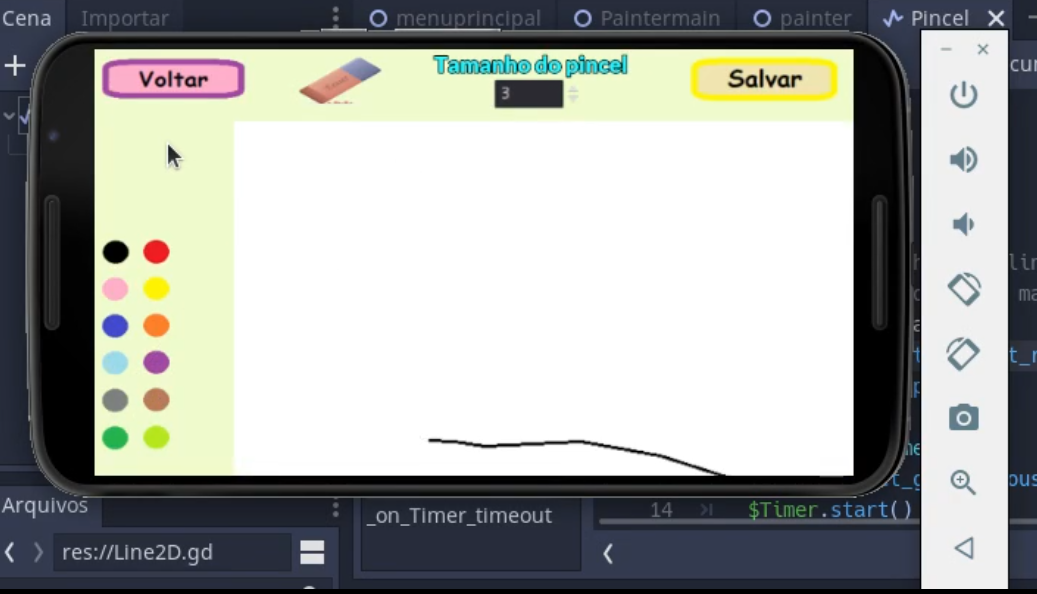