I'm trying to make a grid mesh using ArrayMesh, kind of like a subdivided PlaneMesh. I found I can use indices to merge triangle vertices, to make a quad with only 4 vertices instead of 6. But it requires a particular order. My question is, how can I procedurally create a grid mesh, while merging unnecessary vertices? This is my grid, all the vertices should be connected, but right now each quad is separate: 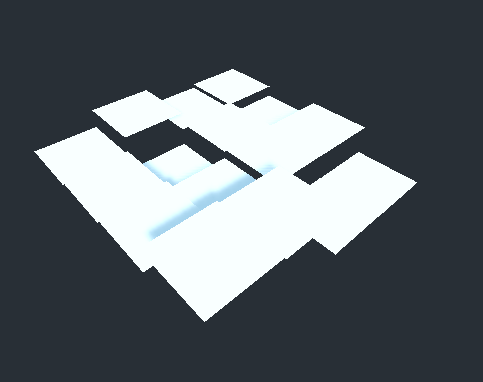