Wings of The Universe - WoTU

IranosMorloy Posts: 1Member
May 22 edited May 22 in Projects

My name is Lukas Tokar. I've started to self-learn how to code in the fall of 2017 - directly with Godot. With one goal, the only project I still have even after 3 years of development, the Wings of The Universe. I am a single programmer and project leader, accompanied by two graphic designers, allowing me to concentrate on the code stuff. 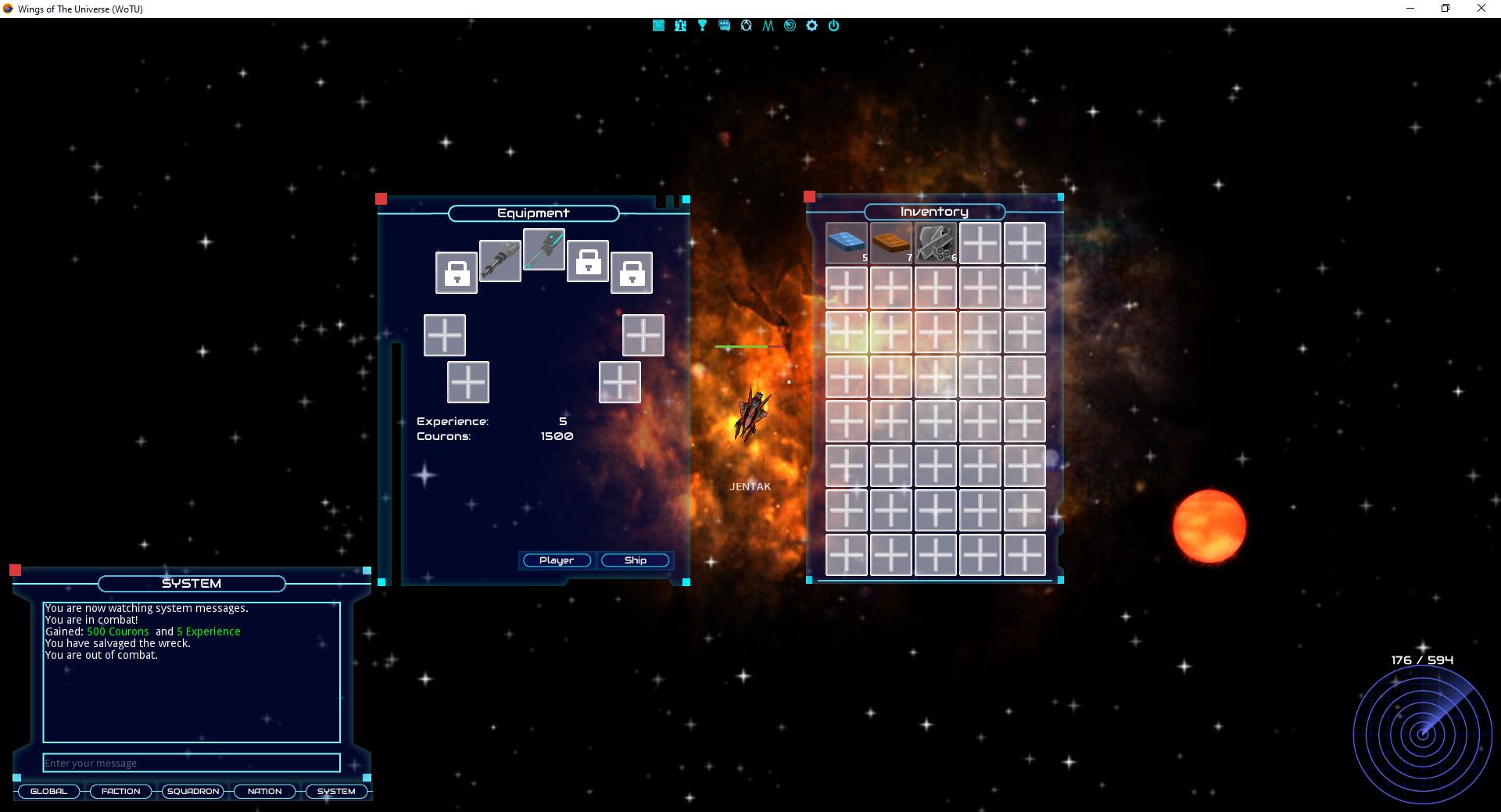 WoTU is going to be a free-to-play top-down MMORPG space action game, entirely made in Godot (except python API server to cooperate with Godot server) with a single global map - the whole galaxy. WoTU is heavily inspired by (I am calling it a classic) the game Space Rangers 2: Reboot.

Everything in the game that can be found on the map has a possible interaction with it - mining asteroids, colonizing planets, building space stations, attacking NPCs, and more!

Mentioning NPCs, these are going to stay out of the game's economy - leaving it to players only. There will be an NPC starting planet for beginners, with a bit of stuff, overpriced, in the store, but except this, the players will decide what is going to be an average price for something.

A player will have option to choose from 18 space-ships, to best fit his playing style. Jets, frigates, battleships, carriers. A player can control a single ship at the time only. But there will be no best / worst option so everything depends on individual skills and luck.

A newcomer in the game is a totally free player, not belonging to anyone. You can form temporary Squadrons for up to 4 players to enjoy the moment spent together. Longer term cooperation can be achieved through forming a Faction, which will allow you to build space stations. Factions can cooperate on even higher level - they can form a Nation with at least one other faction and colonise a planet!

The game will be mainly about tactics, strategy and player skills. In the end, it might be possible to see a rise of a galactic empire followed by its fall due to rebellion uprisings. But for those enjoying more the story than this freedom, WoTU (in full game release) will have story as well.

Date of release: to be announced
Closed Alpha: goal is to have closed alpha version this winter 2020.

WoTU home webpage (currently in development - no more info than you can find here):
https://wingsoftheuniverse.com/