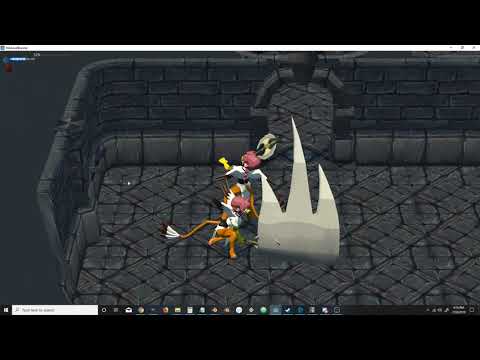 I'm working on a twin stick brawler engine. My hope is that this will eventually be suitable for any setting, but for the moment it is medieval themed. It is meant to be like the good ol' beat 'em ups like Golden Axe and River City Ransom, but I decided to use twin stick controls because I've noticed that newer players can get confused by the old side-scrolling format and since it's 3D, I don't have that graphical limitation anyways.

There's obviously lots of work left to do, particles, sound, title screens, more characters and whatnot. I'm not sure yet whether I want to make a complete game or just a game engine to put on sale for other developers. As such, I'd be very interested to hear what other developers would like from an engine like this.