Since I'm super new here, I'm not sure if I'm posting this at the right place and/or if I should post this on GitHub instead.

I've been dabbling with the new tileset and tilemap editor in Godot 3.1 Alpha and I've thought of an improvement with the tilemap editor that would make working with big tilesets easier. DISCLAIMER: I'm still new with Godot, so I might have missed some feature or functionality.

Right now, when working with big tilesets (hundreds of tiles) like the one we had on Mercenary Kings, the fastest way I've found to create all tiles is to use an atlas rather than defining each tile individually. However, when you use an atlas (or tiles created individually) with your tilemap, tiles are auto-sorted and displayed like this in the tileset window (bottom-right): 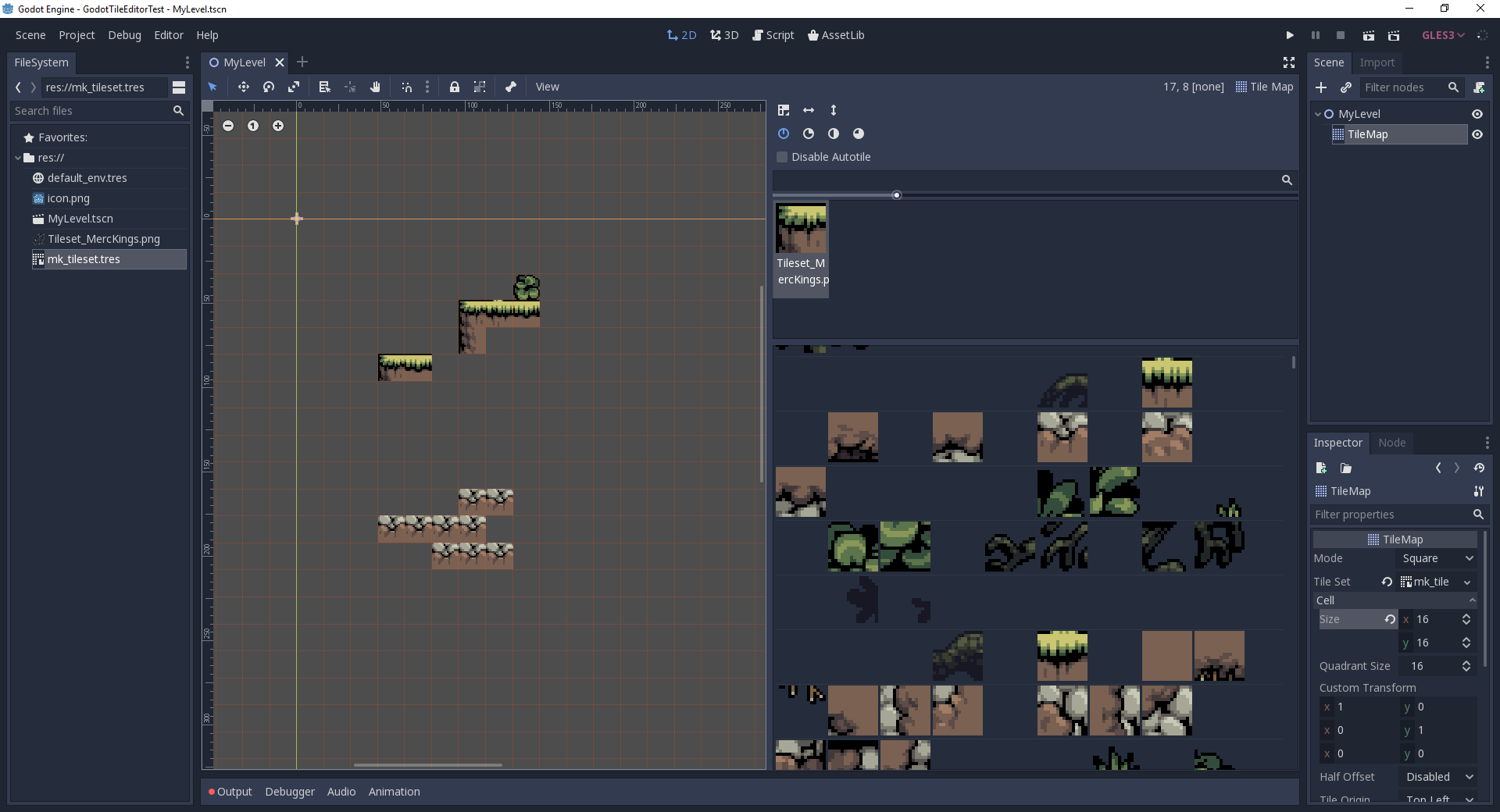 This is pretty much unusable with a huge tileset because tiles are not placed like they were in the tileset texture. This can make finding specific tiles really cumbersome.

So, I've thought of 2 features that would make the process of picking tiles and drawing with them a LOT easier:

1st, display the tileset image (or portion created with the atlas) directly in the tilemap editor so that the user can pick them from there, like this: 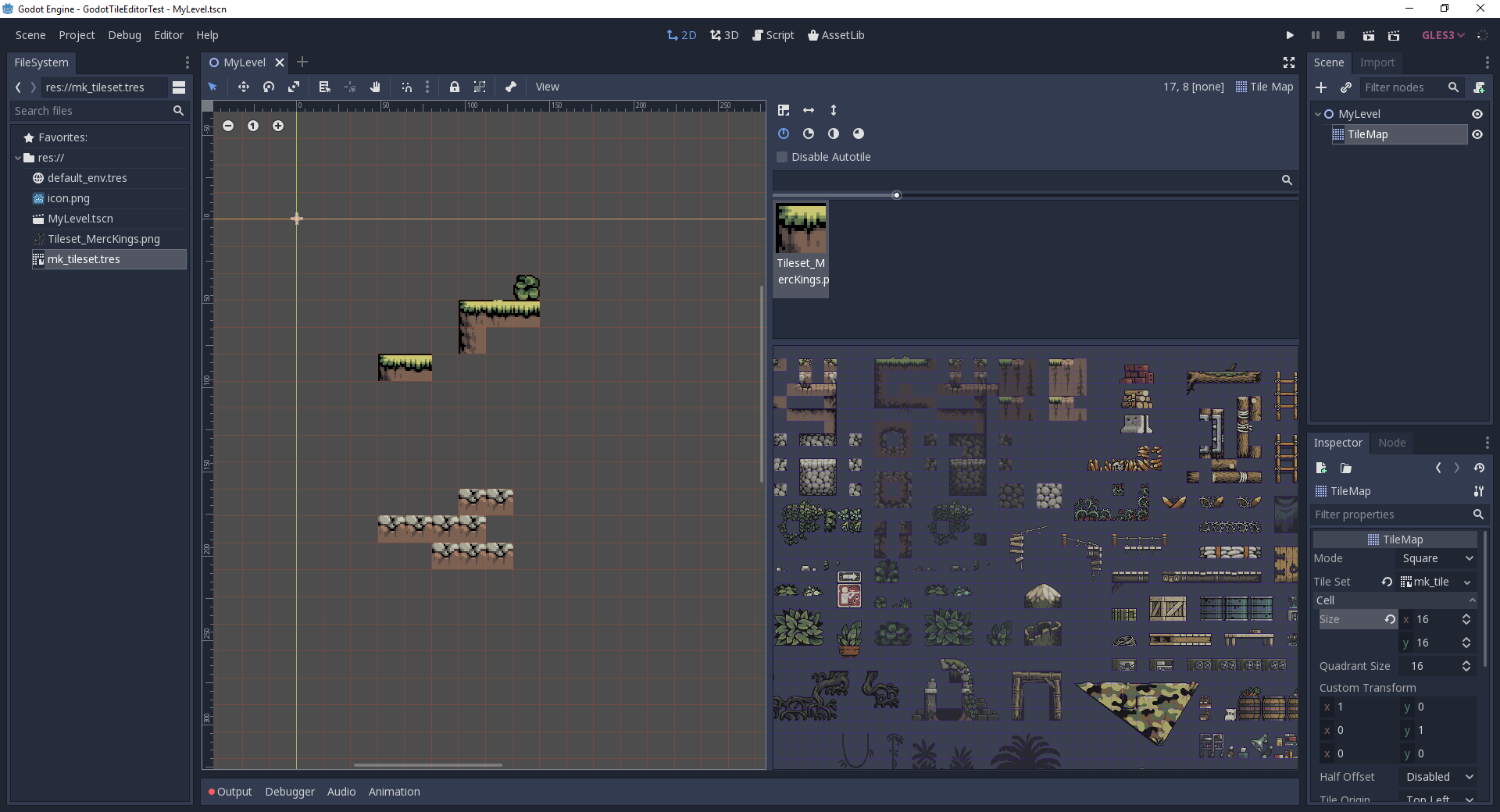 2nd, allow the user to pick a group of tiles (like a stamp tool) and draw with them.

I'm aware that these functionalities could potentially be a lot of work to implement, but they'd make the process of making tilemaps a lot smoother (in addition to the existing and already great auto tile feature).